Many times when a theme is chosen for a birthday party, it is one that the child liked. However, with twins it may be hard to find something that they are both interested in. This task becomes even harder if your twins are of opposite genders. The only thing that you have is that they are of the same age. Here is a list of birthday themes that will give each twin their own individual take on their birthday.

The best party for boy and girl twins is one that is themed with Dora and Diego. Dora and Diego both have their own shows on Nick Jr. that are for preschools. Dora is an explorer with travels to many different areas with her friends Boots the Monkey, Backpack and Map. Diego is Dora’s cousin and he rescues animals from the rainforest with this sister Alicia. These two cousins would be a perfect theme party. They are related, but explore the world in their own ways. Dora has a map and a monkey friend. Diego has a rescue pack that can turn into anything and a camera that can show him the animal that is in trouble. It would be very easy to use these two characters to form a party that would give each child their own individual style. 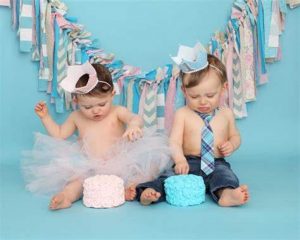 Mickey and Minnie Mouse have been around for a very long time. Recently, they have been featured-with many friends- on the Mickey Mouse Playhouse. They help their friends solve various puzzles. They love each other very much, just as your son and daughter love each other too. Theses two characters would give a great chance for two different cakes with different colors. Minnie is into bow and girlie colors, and Mickey just looks to hang out his dog, Pluto. While this party does not cater as much to the individuality of each child as much Dora and Diego, Mickey and Minnie Mouse would be great to center a party around.

Tinkerbell has really boomed in popularity lately. Tinkerbell is a fairy that watches over the lost boys and Peter Pan. Peter Pan is known as the boy ‘who didn’t grow up’. He is a very wiry boy who likes to get into mischievous. This could describe any boy. Peter Pan gives himself credit for almost anything, and Tinkerbell flies around helping him when he needs it. Neither one of these characters could really survive without the other. However, they are two very different characters. This makes this ideal for a twin birthday party. In fact, this will give your daughter some of the ‘normal’ party themes by allowing Tinkerbell into the mix. Many girls love Tinkerbell, and by using Peter Pan you also include your son. This is a great compromise birthday theme.

If you do not want or cannot afford to have your party star one of the popular characters, then perhaps using and football star and cheerleader may be what you are looking for. Boys are often fans of sports; it does not have to be football. It is also very common to have girls that are eager to be cheerleaders. Putting these two things into one party will be simple and fun. This will be a very easy and inexpensive way to keep your twins individuality while coming up with a party theme that is truly unique.

Having twins can be lots of work and fun. If you have twins that include one boy and one girl, then you may want to include these themes in your next birthday party. 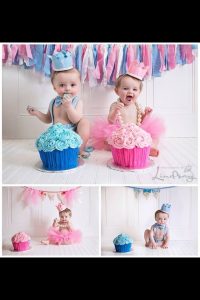