Since the era of television came up, the way people is spending their excess time became so much enjoyable and fun. However, watching television had been linked to several health issues since its inception in the early part of 20th century. There are radiation issues, vision problems and overeating behavior while watching TV.

Commonly known as “couch potato”, a lazy behavior that keeps people on their couch just to watch their television shows for long periods of time. This behavior may seem harmless but unknown to many, it can deteriorate your health slowly without noticing it. How?

There are several studies in the past why the cases of obesity suddenly increased the time television was introduced. Most of these research studies have concluded that television is an addicting habit, which makes people to binge eat while enjoying their favorite TV shows.

An article by Center for Disease Control and Prevention suggests that television should be avoided by children at any means to prevent any weight issues. If you let your children indulge with Television shows, they can be a victim of weight gain. Can TV really cause you to gain weight? 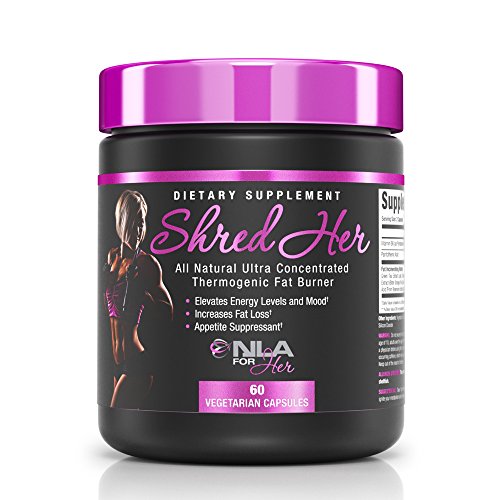 How Television Can Make You Fat

Television is probably one of the best invention of mankind as it changed the landscape of how people spend their leisure time. Americans alone spend at least three hours a day in front of their television sets. What’s worst is that, television is mostly accompanied by binge drinking and mindless snacking which are both essential to become obese.

With sedentary lifestyles and other factors that makes people too busy with their lives, television became their primary escape goat that relieves them from different stress. Just like my previous article about how sitting can make you fat, being a couch potato stereotype offers similar consequences – lack exercise and increased eating and drinking.

It’s very satisfying to relax in front of Television after work or school. However, people tends to zip some beer or eat junk foods while watching television because it gives more comfort and satisfaction. What drives people to act differently in front of television?

Getting ready to watch your favorite sport program or prime time drama shows? Yes, you are so excited with the next TV show then suddenly, a food commercial pops up! Your brain tells you that it’s a tempting food and it highly increased your cravings. Then you remember that you had that exact food on your refrigerator. You took the food from the ref and goes back in front of the TV and started to eat mindlessly.

Is this sounds like you? Studies suggests that overeating while watching television won’t happen in a single circumstances. Once you experienced it, then it will become a habit! The result will be weight gain.

This is one factor that researches are suggesting with regards to issues of TV and weight gain. The influence of commercial ads are so powerful, that it can literally ruin your weight loss program.

Prime time television shows is where you can find the best programs in TV. Ad companies are paying millions of dollars for commercials during prime time because the majority of people are at home watching television.

Unfortunately, prime time is also the time for mindless snacking. Some families even have a habit of midnight snack in front of their TV sets. The result? Both adults and children are exposed to different high-calorie foods, sodas and alcohol beverages during this time of the night.

How to Battle the Weight Gain Effects of Television

How to keep the weight off while still enjoying the pleasures of television? There are numerous ways that you can do to stay in shape but of course, you need to have that discipline and motivation to stay fit all the time. Consider the following recommendations.

Make your Television a “No-Eating” Habit

The main reason why television is always been linked to weight gain is because of the pleasure of eating and drinking while watching TV. If you can focus yourself from not eating during your favorite TV show, then you can avoid gaining weight for good.

Put your Television Out of your Bedrooms

Nielsen Media Research suggests that American households alone has an average of two television sets. If you can reduce that number and place the television into your living room, you can certainly avoid mindless munching. Reports indicates that people are more comfortable eating snacks thru isolation particularly inside their bedroom.

Parents, you need to apply this immediately to your children. Television has a big influence to children so make sure that you join them while watching their favorite TV shows. Set or limit their viewing time as much as possible. This also includes their time playing video games or watching movies.

Turn-Off the TV if you are Not Watching

Turning off your television is one of the best way to avoid mindless snacking and binge drinking. Once your favorite TV program ends, turn the television off and move on to your next activity. Doing this activity will help your weight loss program while saving on your electric bill.

TV programs have big influence on us so choosing the most ideal TV shows can help us succeed on our endeavors. Instead of indulging in drama shows or action flicks, set more time watching fitness shows and healthy cooking programs. It won’t just encourage you to get fit and healthy, but it will also help remind you of your weight loss goals.

If you are having trouble avoiding snack time during your leisure time, make sure that you exert more effort on your workout endeavors. Remember that what you have digested must be burned appropriately to avoid developing unwanted fats. To keep the weight off, ensure that you apply a consistent workout regimen everyday.

Summary on Television and Weight Gain

Although there are studies about the negative effects of too much television, it doesn’t mean that you have to avoid television completely. It just tells us that televisions are just one factor that can make us fat. So if you know how to handle yourself appropriately in front of your television set, there are no reason why you should worry about weight gain.

If you want to divert your mind from overeating during television time, I suggest that you check out these appetite suppressant supplements. These pills are effective in carving your hunger and food cravings away especially during your television leisure time. Managing your appetite can be an easier task through these supplements.